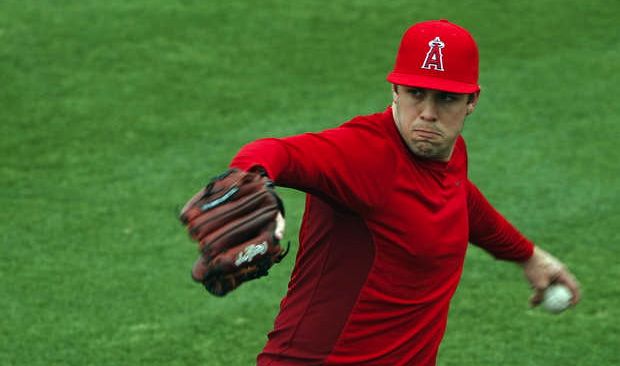 Former University of South Carolina star Michael Roth did nothing but win during his career with the Gamecocks.

Ditto for the majors …

Roth, 23, threw a pair of hitless innings for the Los Angeles Angels on Saturday – picking up the win in his major league debut. The left-hander struck out four batters – and fifteen of his 22 pitches went for strikes. Not bad for a guy who was called up less than 24 hours prior to game time (with less than thirty minor league innings under his belt).

In four seasons at USC, Roth posted a 26-6 record with a 1.91 ERA and 268 strikeouts. After emerging as a clutch postseason starter in 2010, the 6-foot-1, 210-pound Greer, S.C. native was a consensus player of the year in 2011 when he led the Gamecocks to their second consecutive national championship.

If Roth keeps throwing darts in the big leagues it will be interesting to see whether the Angels try and find a spot for him in their rotation – or groom him for a closer’s role.

Obviously we’re a long way away from having that discussion at this point, but Roth is a proven leader and clutch performer with the sort of intangibles that managers love.

Jadeveon Clowney Is Human After All