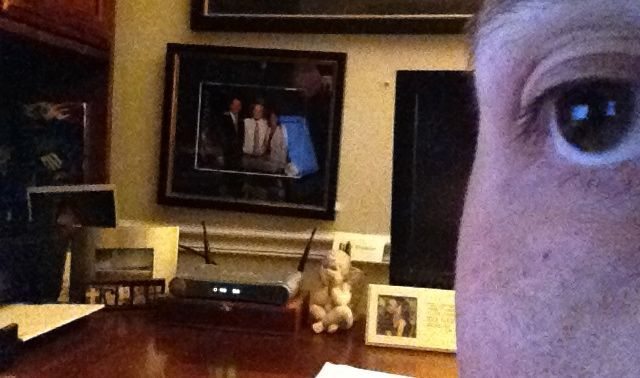 My name is Will Folks and I’m a narcissistic sociopath … or so say the headlines.

And I’m fine with that … I’ve got a big ego, obviously. And I like to have that ego (and other big things of mine) stroked. Repeatedly. Expertly. And to completion.

But the Macphisto-esque “Sic Willie” caricature who authors/ adorns the head of this “Unfair, Imbalanced” website is window dressing for a much more serious, elemental motive. Ever since I founded FITSNews its objective has been very simple: To fix South Carolina.

The more I’ve learned, though, South Carolina doesn’t want to be fixed. Seriously … I can count on one hand the number of elected officials in my home state who actually give a shit about it. The rest of them are tools of the same old set of corrupt, taxpayer-subsidized interests which have been running South Carolina into the ground for decades.

And making a killing along the way …

Be that as it may, in the GOP first congressional runoff election this week between Sanford and former Charleston County councilman Curtis Bostic it is my belief that Sanford will be far more likely to vote in a manner consistent with free markets and individual liberty than Bostic. Which is why this website grudgingly endorsed him despite his considerable baggage (and a narcissistic streak as wide as Charleston Harbor).

Anyway, in bashing this endorsement – which really did revolve around my best guess on how Sanford and Bostic would vote on spending, tax, deficit and liberty issues – Robert Stacy from The Other McCain had this to say about me:

In the Byzantine world of South Carolina politics, a corrupt cesspool of power-crazed backstabbers that is to Republicans what Chicago is to Democrats, Folks is a local legend. He went from playing bass in a rock band to working for Sanford, but got thrown under the bus in an ugly scandal; some still insist Folks was the victim of a “honey trap” set-up.

The subject of Will Folks came up over dinner with sources Friday at R.B.’s Seafood (where I had grilled flounder with hushpuppies, fries and collard greens to die for). One veteran South Carolina politico told me that Folks is dangerous because he is loyal to no one: “He’s his own man.” My observation that Folks seems like a narcissistic sociopath drew only a shrug in response. Evidently, narcissistic sociopaths are so commonplace in GOP politics here that nobody even notices.

Wait … I’m a Republican? When did that happen?

Course Stacy got a lot right. He’s damn right I am loyal to no one. And damn right I am my own man. And damn right I was the victim of a honey-trap set up (which failed in its intended objective, incidentally). Narcissistic sociopath, though? Maybe that’s also true … but maybe it’s because I’ve been here too long. Which is a nice way of saying you people made me this way.

Beyond the headlines, I received a text message following the Sanford endorsement from one of my closest friends – a person whose opinion on political matters means a great deal to me.

“I think that your endorsement of Sanford probably helped Curtis more than it did Sanford,” she told me. “Which I think is what you wanted.”

“And I think it hurt you,” she added.

Hmmmm … maybe so. Although the part about something being “what I wanted” isn’t accurate. I literally woke up Saturday morning and decided to write the endorsement. Like everything I do, there was very little forethought …

Here’s the thing, though: America is almost $17 trillion in debt, has over $100 trillion in unfunded liabilities and has decided the one thing it wants to “create” above everything else is more dependency. So, whether Mark Sanford beats Curtis Bostic (or Curtis Bostic beats Mark Sanford) – all we’re talking about at the end of the day is which gnat won a wrestling match on Topsy the elephant’s ass just prior to Thomas Edison switching on 6,600 volt current that killed the poor beast (yes, I watch a little too much Bob’s Burgers).

It just doesn’t matter that much anymore.

Like that guy from Deadspin says, “it’s all professional wrestling.”

More to the point, South Carolina is on the verge of not mattering that much to me anyone because it is clearly never, ever, ever going to change. Which is why you may start seeing more of a national focus to this website in the coming months. Or maybe not.

I don’t know. Changes are coming … I just haven’t decided yet what they will be. I have decided that South Carolina is beyond saving … the question is what to do with that realization.

The only things I know for sure? I’ve got a simple faith. And an amazing wife and family. And lots of wonderful friends. Also, fantasy baseball just started and my video hockey team has won four straight Stanley Cups. So if there is a dream, I’m living it.

Accordingly, if people want to get pissed at me for concluding that a narcissistic son-of-a-bitch like Mark Sanford will, strange as it seems, be a better pro-taxpayer vote in the U.S. Congress than Curtis Bostic, then by all means – go for it. The pussy thing would have been for me to have reached that conclusion – and then not written it out of fear of what people would say.

Meanwhile the evil thing – the “South Carolina political thing” – would have been to prey on people’s ignorance by pretending Curtis Bostic was what he says he is as opposed to what he really is, another one of the cookie cutter RINOs whose record belies his rhetoric.

But whatever. As has hopefully been established by now …

Summey: The Truth About Those “Greenbelts”