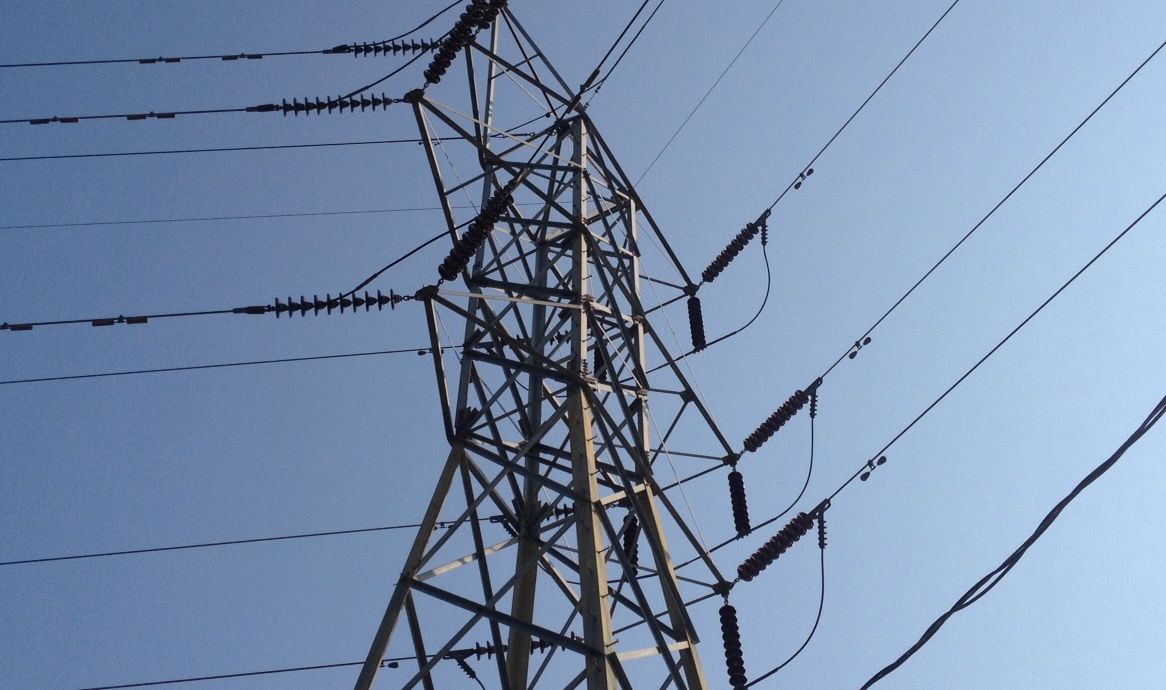 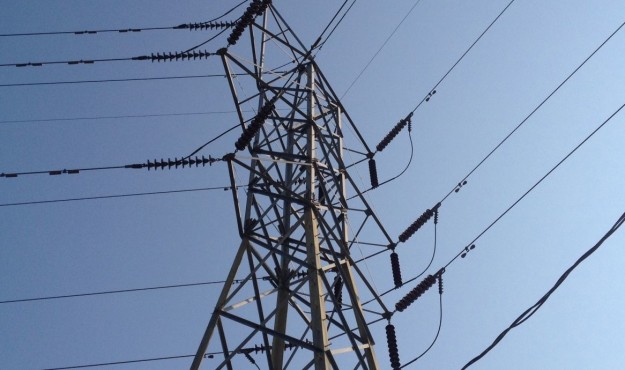 Welcome to “The Wire,” our pseudo-daily effort to respond to the barrage of info we receive on a daily basis here at FITSNews …

What’s in the news today?  The ongoing suspense regarding S.C. Gov. Nikki Haley’s appointment of an interim replacement for the Senate seat being vacated by Jim DeMint – as well as the buzz over a recently unveiled proposal to strip governors of that authority moving forward.  There’s also a big hearing today on the computer hacking scandal at the S.C. Department of Revenue (SCDOR) – which we’re told could shed some light on allegations that S.C. First Gentleman Michael Haley is somehow connected to this ongoing debacle.

APPOINTMENT WATCH: ARE YOU EXPERIENCED?

FITS:  We actually agree with Haley on this one …

Rumor on the street in Charleston is Tim Scott will go to the Senate while Jenny Sanford runs for his Congressional seat supported by Club for Growth with (Nikki Haley consultant) Jon Lerner running her campaign.

There are only two people on that list who Nikki Haley doesn’t owe anything to – (Trey) Gowdy and (Tim) Scott.  So they’re out.  She gets nothing by picking Henry (McMaster) and she’s already given both him and (Catherine) Templeton enough – SCLLR, SCDHEC, SC State Ports Authority, USC Law School, etc.  The only person she hasn’t paid back?  Jenny Sanford.

FITS: So do we.  Wonder what our readers think?

Chip Campsen co-owns with other family members the boats that take tourists to Fort Sumter pursuant to a contract with the U.S. Dept. of the Interior. The family has operated this business for decades, and it is a cash cow.

About fifteen years ago the Interior Department got a wild hair and decided to put this business out to bid, and the Campsens went ballistic. George — Chip’s father — was EXTREMELY CLOSE with Fritz Hollings, who caused (pressured?) the Interior Department to “tighten up” on the qualifications to bid, specifically increasing the amount of equity a bidder must have.

This conveniently eliminated the one company (a Florida outfit) that intended to bid.  So, it was back to “play Monopoly” at the Campsen household.

Chip, a (non-practicing) attorney, spends most of his non-legislative waking hours hunting and fishing.  The money he makes on this tour boat business is sinful.  Embarrassing.  Outrageous.  The kind of easy money that ordinary citizens find … well, interesting, curious and unacceptable.

Chip knows that, which explains why he’d get out of the Senate before he was thrown out by outraged voters.  Maybe in your next life you could come back and operate a tour boat under a “sole-source contract” with the Federal government.

Until then, you’re condemned to work daily in the salt mine.

FITS:  We’ve long known about the Campsen’s tour boat boondoggle but this is the first we’ve heard of the bid-rigging allegation.   Doesn’t surprise us coming from this sanctimonious faux “Republican,” though.

Thought you might like to know that two-time former Senator Mike Rose is participating in a multi-level marketing scam in Berkeley County.  I have the emails from him to prove it if you are interested.

FITS:  So sad … Rose generally voted the right way as a member of the State Senate but our position on politicians and pyramid scams is pretty unambiguous.  They suck.  So yes, send the emails our way.

FITS:  We spoke with Davis about his tax proposal this week and he assured us there is no sales tax increase associated with his plan.  Like everyone else in Columbia we are waiting to see the specifics of his plan, though – although we like the notion of rebating money saved from anti-competitive exemptions directly to taxpayers.

This not so much a tip but a huge reality check for me. I thought your reader might like some of thise rankings. Clearly, they did not know about hacking until later but the elction is clear and these two isses are hot right now. Feel free to bumps any or all of this. I wasn’t sure where to put it.

Earlier this week, the Center for Public Integrity released a report detailing the risk of corruption and lack of accountability in all 50 states. The findings of the report should worry anyone who believes state governments are transparent and free of corruption. Of course, no state is without flaws. Unfortunately, nearly every state received a grade that would give residents cause for concern.Read more:

South Carolina received nine failing grades in areas including executive, judicial and legislative accountability. State Integrity Investigation notes that the budget of South Carolina’s State Ethics Commission has been cut a total of six times in the past three years. In September 2010, all regulations on limiting contributions to political parties were eliminated. Additionally, many contributors to individual candidates abuse loopholes to avoid limitations on donations. There is also an antagonistic relationship between office-holding politicians and the press. Specifically, the report says, Governor Nikki Haley’s administration has used a policy of deleting important emails.

FITS: You know what they say … “it’s a great day in South Carolina!” Yeah, it’s sad.  We’ve covered the released of a lot of those rankings, but it is pretty depressing when you see several of them lumped together like that.

Your doom and gloom projections are being rejected by real economists, Sic.  Take a look at this: “University of South Carolina economists say the state should see more stable growth across a broad swath of industries next year if Washington politicians cut a deal that would avert the so-called fiscal cliff.  The economists say such growth would lead to more jobs and higher income.”

FITS: Actually in the best case scenario these “experts” are projecting slower job growth (1.2 percent) in 2013 than the state has experienced so far in 2012 (1.8 percent).  And again … who’s paying for those jobs?  The vast majority of South Carolina’s “job growth” this year has been taxpayer funded – either via direct appropriation or  crony capitalism.  The lingering recession in Europe (which South Carolina relies on to support our disproportionately export-based economy) combined with the reality that any “cliff” deal will include tax hikes on job creators causes us to remain pessimistic.

Is it true that incompetent (Columbia, S.C.) police chief Randy Scott was honored with an award this week?  Isn’t this the same guy whose department totally botched the Tom Sponseller case?

I have heard a lot of talk from those in the executive branch of government that the state employees are over paid compared to the private sector. In 1990 the SC code of laws required the State Budget and Control Board’s Division of Human Resource Management to generate a report comparing state and private sector salaries, wages, and benefits (Section 8-11-930 SC code of laws). The report was required to be submitted no later than July 31, 1991. This was done and I remember my salary was increased due to this report. The law also required reports be generated every other year after the first report.

I requested all of the reports after the first report and was told in the attached letter that the law was never enacted and that no reports were generated.

It is too late for me to benefit from any reports now, but it is my hope that those employed by the state can at least tell their detractors to either put up, or shut up.

Let me know how to send you the PDF copies of the letters to and from the B&C.

FITS:  You can send your correspondance to [email protected].  As to your larger point, this so-called “salary equality” issue isn’t the problem.  The problem is government doing things it shouldn’t.  For example, why argue about what an accountant at the S.C. Department of Parks Recreation and Tourism (SCPRT) makes?  The whole agency should be eliminated …

GOP IS SINKING ITSELF

The hard line on the tax part of the fiscal cliff and the Right to Work issue in Michigan are things that will be remembered and, added to other things, could very well sink the Republican Party. It doesn’t look good folks if you are truly trying to change your image.

FITS: We will pass your note on to the few “Republicans” we know.  And while we appear to differ in perspetive, we both agree the GOP is sinking.

You said Rep. Garry Smith is the best SC political tweeter, who are the sexiest SC tweeters you follow?

FITS:  There is no way for us to answer such a question without pissing off many, many beautiful women.  We actually posed this question on our Twitter page yesterday, and got back quite a few suggestions.

Your female representation piece had a picture of Karen Floyd in a very revealing low cut top.  Is there any more where that came from?

FITS:  Your wish, good sir, is our command …

WILL JUSTIN BIEBER MAKE IT TO COLUMBIA?

A plot to murder Justin Bieber has been foiled.

FITS:  The arm of the universe is long, but it bends toward Justice Beaver … he simply cannot be stopped. 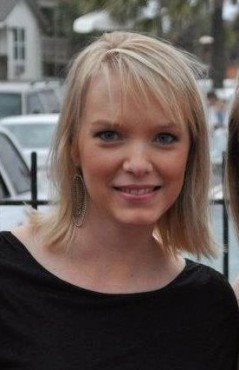 Sarah Gilbert, author of Hairdo and Dixie Riggs was once called “the funniest woman writer from the South since Flannery O’Connor” by Vanity Fair.

Oh … and don’t forget to tip your bartender …