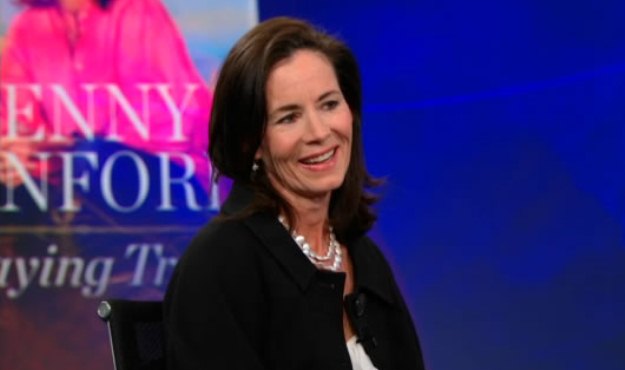 Sources familiar with the “bailout” tell FITS that Jenny Sanford was the first – and fiercest – supporter of this investment, which breathed new life into a Haley campaign that was polling in the low single digits at the time.

The Sanfords’ money was used on television commercials that portrayed Haley as a fiscal conservative reformer and favorite of the Tea Party – two descriptions which are obviously nothing but distant memories in light of Haley’s wholesale conversion to the status quo.

In fact Mark Sanford was already privately expressing “regret” over approving the money before Haley had even taken the oath of office – citing several disappointing ideological reversals.

Of course his wife, a Haley donor in her own right, never wavered in her support – and remains one of the embattled politician‘s staunchest allies.

Will she be repaid for this loyalty – and the largesse she helped secure – with the ultimate reward?

Jenny Sanford’s central role in securing this $400,000 for Haley’s 2010 bid is receiving fresh scrutiny in light of her appearance on now-Governor Haley’s short list for the U.S. Senate seat being vacated by Jim DeMint.

And given the relatively cool relationship that exists between Haley and U.S. Rep. Tim Scott – who remains the presumed frontrunner for this appointment – many believe the former First Lady could very well be in line to receive this plum political post.

Jenny Sanford has fueled those rumors by saying she would accept the appointment if it was offered.

Sanford was one of the first Palmetto political luminaries to throw her support behind Haley – endorsing her gubernatorial bid in November 2009.

Unfortunately, Haley’s campaign never caught fire – at least not before Jenny Sanford got her husband to ante up.

Had that $400,000 investment not been made, Haley’s political career would be over.

Talk about an IOU, right?

A former Wall Street executive, Jenny Sanford comes from old Chicago money. In fact her family founded the Skil Corporation – which sold the world’s first portable circular saw. Basically, she could buy or sell Haley and every one of the names on her “short list,” which in addition to Scott and McMaster also includes U.S. Rep. Trey Gowdy and S.C. Department of Health and Environmental Control (SCDHEC) director Catherine Templeton.

Will she be able to cash in that clout for a U.S. Senate seat?

Who knows … but it would seem she’s already made a sizeable downpayment when it comes to influencing Haley’s decision.